Congress Nationwide Protest – An eye for an eye 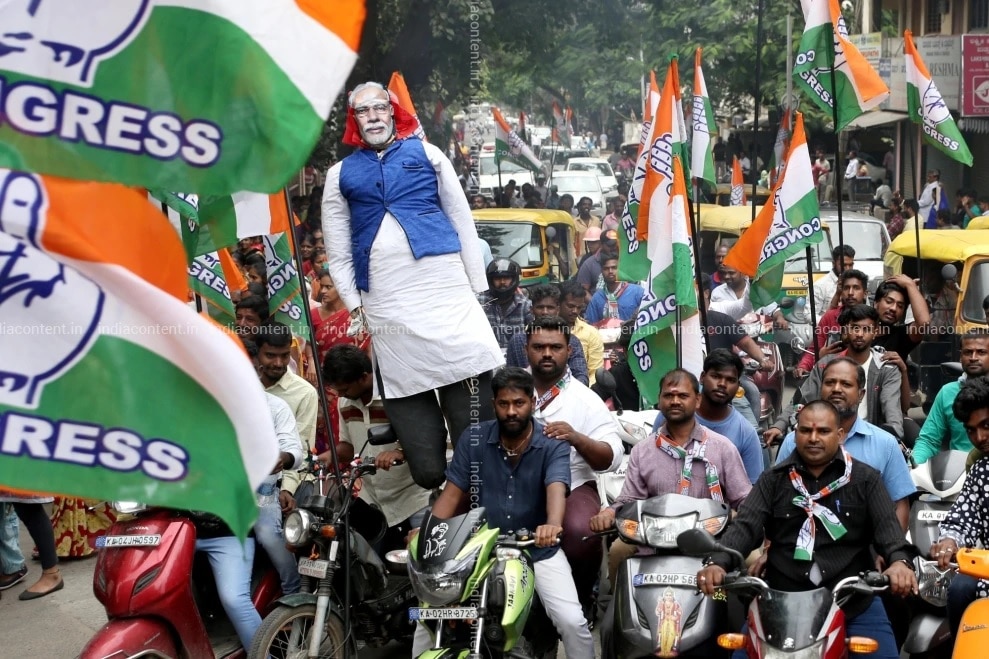 Big time news, Congress is all set to stage a nationwide protest, that is to be held between November 5 and 15 which will focus on the economic crisis, unemployment, farm distress and at the same time adverse impact of the proposed RCEP agreement.

Further Congress made decided this protest against the Narendra Modi government’s policies.

On this point Congress general secretary organisation K.C. Venugopal basically in a statement reported that the protests against the BJP Government’s misrule would be carried out at all State capitals and at the same time at district headquarters.

The protests will culminate in an extra ordinary massive programme in the national capital in the last week of November and majorly adding that at the state level it has been understood that the PCC presidents, CLP leaders and senior AICC functionaries will surely going to provide the leadership, while central leaders will participate in the protest in Delhi.

It si further reported that the Congress will highlight the issues of the adverse impact of the Regional Comprehensive Economic Partnership (RCEP), spiralling price rise, collapse of banking system, a heavy loss of jobs in public and private sectors and at the same time the omnipresent farm distress“.

The Congress party workers and its volunteers will definitely raise the voice of the people and try to make this insensitive central government much accountable for the countless miseries and sufferings that it is basically causing to the nation.

A Meeting is scheduled on November 2- It is informed that Congress President Sonia Gandhi has also convened a meeting of AICC general secretaries, state in-charges, heads of frontal organisations and all other departments on Saturday, November 2, 2019, basically for reviewing the preparations for this agitation.

In this regard The Congress has already decided to depute 31 senior party leaders as observers to all the different states/UTs to deeply and seriously monitor this country-wide agitation programme.

Senior Congress leaders at the same time will also hold press conferences in major towns and cities thereby deeply highlighting these issues including the collapse of banking system.

The party hereby sincerely appeals to all citizens across the country to come forward and in the view of all the facts  make this arrogant Government listen to their voices.

The pressers at the same time across the country have been completely lined up from November 1 to 8 to highlight the shortcomings and monitor everything deeply of the government in handling the economy and other issues.

It is also told that the Senior Congress leaders will address press conferences in nearly 35 cities.

Rajasthan Deputy Chief Minister Sachin Pilot shall not be left behind and he will also address the media in Bangaluru, Mukul Wasnik in Bhopal, Manish Tewari in Chandigarh, Rajiv Shukla in Ranchi and Pawan Khera in Nagpur.

The Congress is basically seeking to drive home the point that under the BJP rule unemployment has touched a 45-year high, the economy is on a bad downturn, the trouble basically faced by farmers, and against the proposed Regional Comprehensive Economic Partnership of the economy.

The Congress says the 16-country trade pact is not good for India and that it is not the right time to sign such an agreement that will allow easy Chinese imports, as India’s economy is already in a bad shape.

To highlight the issues such as unemployment, unprecedent economic slowdown, rise in prices of essential commodities, collapse of the banking system and farmers distress, the Congress will launch nationwide protests from November 5.

Congress general secretary K C Venugopal said that the protests shall undoubtedly highlight the plight of the common people of the nation. The party will protest against the anti-people economic policies and decisions of the Narendra Modi-led NDA government at the Centre.

The nationwide protests is most likely to be organised at district level and in all the state capitals from November 5 to 15 and shall definitely  culminate with a massive rally against government in New Delhi and it was reported by Venugopal.

The decision was taken in the meeting headed by Congress president Sonia Gandhi with along with many senior leaders on September 12 and 13.

The earlier schedule of the program was altogether slated between October 15 and 25. And in this way the program had to be postponed because of the assembly elections.

The Congress in this regard is going to stage a nationwide protest from November 5-15, 2019 against the economic slowdown and at the same time the failure of the BJP government. Whereas in Assam the protest will be from November 6-9, 2019.

Addressing a press meet at Rajiv Bhawan, AICC (All India Congress Committee) general secretary Avinash Pandey reported that under the five-and-half-year-BJP rule unemployment rate in the country has almost reached an unbelievable height and broke 45-year-high record of 8.1 percent. Besides the unprecedented economic slowdown in the country there has been a rise in the prices of essential commodities, at the same time the collapse of the banking system, omnipresent farm distress, loss of jobs in government and private sectors, etc. Here the protest is to make people raise their voice and try to make this insensitive BJP government accountable for all these large-scale miseries and majorly the sufferings of the people.

An economic emergency has been in force in the country reported by one of the congress spokesman. It is to understand that the BJP government has made the economy collapse. We also need to understand that none of the assurances given by the government could be translated into reality. Under the rule of such a defaulted government that promised rehabilitation of unemployed youth’s unemployment rate has reached to the highest-ever level in the world now.

If you are looking for Congress Nationwide Protest pics then you must check the India Content website. The pictures are available in three sizes—small, medium and large.