Asaram Bapu, the self-proclaimed god man, has been named in several controversies including rape, accusations of land grabbing, culpable homicide and attempt to murder.

Below are some controversies he has been involved in.

In 2009, Gujrat police filed an attempt to murder case against Asaram and two others for allegedly attempting to murder a former follower of the religious guru here. Two men fired at Raju Chandak, a former aide of Asaram Bapu, while he was returning home on a motorcycle. Raju Chandak filed an affidavit in which he claimed he saw Asaram Bapu in objectionable positions during tantric rituals in the ashram.

Two cousins, 10-year-old Dipesh Waghela and 11-year-old Abhishek waghela, who were studying at Asaram’s Gurkul at Motera, went missing under mysterious circumstances. Later their mutilated bodies were found on the Sabarmati riverbed in July, 2008. The investigative agency claimed that the booked officials of the ashram failed the lie detection tests regarding activities related to tantra sadhna and black magic that were being practiced at the ashram.

While addressing his followers, Asaram Bapu said that the victim of Delhi Gangrape was equally responsible for the crime. Rape and murder would not have happened if the victim had called the rapist killers her bhaiyya (brother) and begged them to stop. The family of the  Delhi gangrape victim took a strong exception to Asaram’s controversial statement on the girl, terming it as illogical.

Disturbed by the outrage over his remarks on the Delhi gang rape victim, Asaram tried to justify his comments and compared all the critics and media to “barking dogs.” He compared himself to an elephant who doesn’t respond when the dogs bark.  He said that when one dog barks, more dogs join in, but they can’t harm an elephant’s dignity.

Rahul Pachouri, a 24-year-old boy, mysteriously died at the self-proclaimed godman’s ashram in Jabalpur. His father alleged that his son was poisoned in the ashram. He told the media that his son said he had some information about fake medicines being sold in the ashram.

The Registrar of Companies wrote to the Ministry of Corporate affairs and recommended action against Asaram Bapu and his son in the land grab case in Madhya Pradesh. The case was related to 200 acres of land belonging to company called JVL and the cost of the land was over Rs 200 crore.

In Vidisha district of Madhya Pradesh, Asaram lost his temper and kicked one of his devotees names Aman Sigh Dangi who went to seek the ‘godman’s’ blessings. Aman told the reporters that he was brutally kicked by Asaram and his guards when he went near the spiritual guru to touch his feet after a religious discourse. Not only this, Asaram abused him in the presence of other devotees.

Asaram Bapu once slapped a video journalist during a satsang in Ghaziabad. A reporter of a Hindi news channel along with a cameraman went to Asaram’s ashram to take his interview during a three-day long satsang. On his miraculous escape in a helicopter crash in Godhra. Asaram said that he was so powerful that he came out safe even after the chopper broke into three parts during the landing. He asked a cameraman to record the response of the crowd but when the latter refused, he lost his temper and slapped the cameraman.

In his public address, Asaram warned Chief Minister Narendra Modi saying that “If you will try to suppress us more, then we will throw you out”. The self-proclaimed god man was reacting on being summoned by Justice D.K. Trivedi commission for inquiry into the children’s death case. He made this statement in a case related to the mysterious deaths of Dipesh and Abhishek Waghela, the students of Motera Gurkul.

From 2014–15, there have been many attacks against various witnesses in the Asaram case. Amrut Prajapati, a former associate of Asaram, who had turned against him, was shot and killed in May, 2014. Another former aide Akhil Gupta, who was the prime witness in the Surat rape case, was shot and killed in January, 2015. Mahindra Chawla, his ex-follower and prime witness in Surat rape case barely missed an attempted murder.

Asaram arrested in a rape case

A 16-year-old girl from Saharanpur in Uttar Pradesh alleged sexual assault by Asaram Bapu in his ashram on the outskirts of Jodhpur. He was charged under sections of th.e Protection of Children from Sexual Offences Act and the Scheduled Castes and Tribes (Prevention of Atrocities) Act

In April 2018, Court found self-styled god man Asaram guilty of raping a minor five years ago in Jodhpur. Asaram, along with five others, was convicted by a court in Jodhpur. He has been in a jail in Jodhpur since 2013 and is currently serving life imprisonment for the sexual assault in Jodhpur. He was mentioned in a list of fake baba released by Akhil Bharatiya Akhara Parishad, the apex organisation of Hindu Saints in India.

Asumal Sirumalani Harpalani, known as Asaram, is a self-proclaimed god man in India who established over 400 ashrams in India and abroad and was popular among many Indian politicians and common people for his religious discourses. 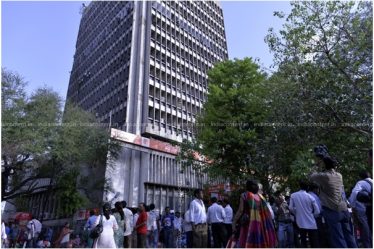