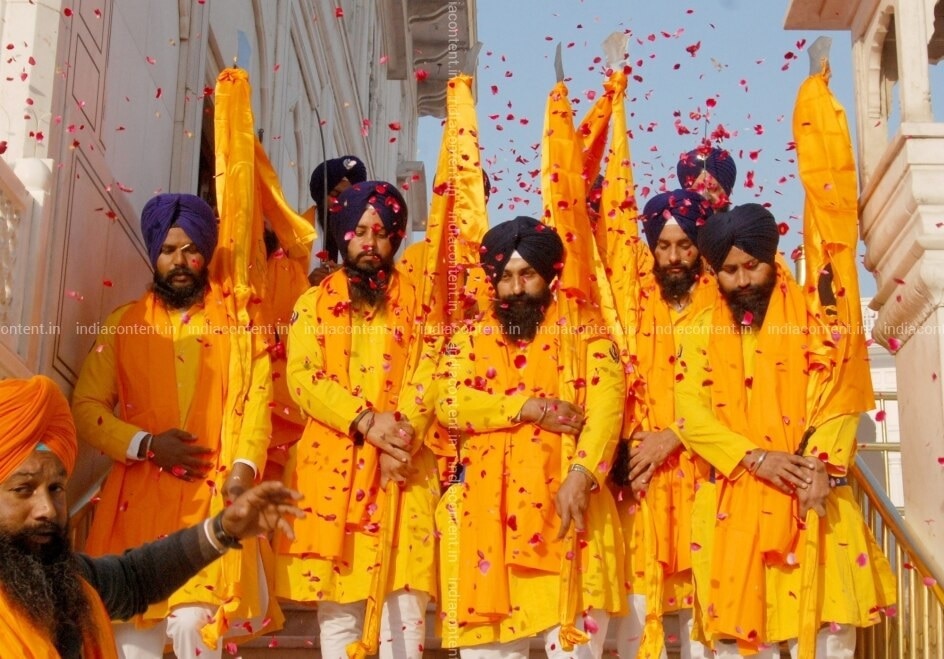 The 550th Guru Nanak Dev’s birth anniversary, the first Sikh guru and founder of Sikhism, was celebrated on November 12, 2019 across the country as Prakash Parv.

Guru Nanak Jayanti is not only celebrated in India with full enthusiasm but also in various parts of the world. Devotees organise langar at various places on this auspicious occasion. Besides, Dev Deepawali is also celebrated on the full moon night of the month of Kartik.

In Varanasi, the Dev Deepawali was celebrated by the lighting of 11 Lakh earthen lamps on the banks of river Ganga. In Bihar, a large number of devotees paid their respect at Takhat Shri Harimandir Sahib in Patna. In Madhya Pradesh, Prakash Parv was celebrated with great zeal and fervour. In Uttar Pradesh, on the occasion of Kartik Poornima, several devotees took a holy dip in the river Ganga. In Andhra Pradesh, various programmes were organised on the occasion of Guru Nanak Dev Jayanti.

Moreover, devotees from various other parts of the country and abroad took part in the celebrations. Several renowned personalities took to social media to wish their fans and followers on the special occasion.

Guru Nanak Dev founded Sikhism, which is now the fifth-largest organised religion in the world, with around 30 million devotees. He also established the system of “Langar”, or communal kitchen, to teach people the importance of sharing and equality.

According to the most popular teachings of Guru Nanak Dev, there is only one God, and that all human beings can have direct access to God without performing any rituals. His most important social teachings criticised the caste system and taught that everyone is equal, regardless of caste or gender.

Guru Nanak Dev was just 11 year old when his father wanted him to participate in a sacred thread ceremony, which is a Hindu ritual symbolising man’s connection with God. But the young boy refused to take part in the ritual as he felt it was not required.

Guru Nanak was highly spiritual and philosophical even as a young boy and denounced idol worship. He did not believe in the Hindu caste system ad loved interacting with Muslims, too. He was interested in reading the religious texts of both the faiths.

He was around 16 when he started working under Daulat Khan Lodi, under whom his brother-in-law also worked. This was an important period in his life as he would make many references to the governmental structure in his future hymns.

Guru Nanak Dev did well in his job as he was a very hardworking and sincere employee. He also proved to be a very kind person. Despite being a householder, he was not distracted from his quest for spiritual knowledge.

He used to pray and meditate with a Muslim musician. One day he went to bathe in the Black River but disappeared beneath the water. Everyone believed that he had drowned in the river. But he appeared after three days and told everyone that he was taken to God’s court. He was completely enlightened. From this point onwards, people started calling him Guru Nanak.

Guru Nanak Dev soon lost all interest in worldly affairs and quit his job as well. He left his wife and children with his parents and told them that God had called him to spread His divine message and he had to abide by the Lord’s wish. After that, he founded the religion of Sikhism which emphasises the principle of equality of all humans and rejects discrimination on the basis of caste, creed, and gender. The main teaching in Sikhism is the belief in the concept of the oneness of God. He spread the holy message of peace and compassion to the mankind.

You will find several images of Guru Nanak Dev birth anniversary on the India Content website, which are available in three sizes—small, medium and large. 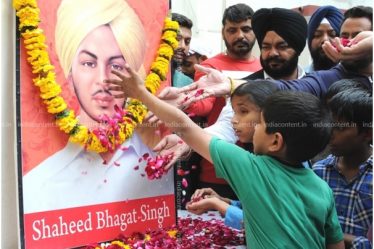