LIC IPO Sale: All You Want to Know LIC, the largest subscriber of State and Central government securities, has been set by the government at a divestment goal of Rs.2.1 lakh crore for FY21. Finance Minister Nirmala Sitharaman recommended auctioning a part of its holding in biggest insurer LIC via IPO (Initial Public Offer). She also suggested selling the government’s remaining stake in IDBI bank. If compared with the ongoing financial year mark of Rs. 1.05 lakh crore, the mark has crossed far above analyst estimates of Rs. 1 lakh crore. The preparation of initial public offerings of state-run Life Insurance Corporation of India in the impending fiscal year has spread a wave of disarray in the market. This manoeuvre is anticipated to lift essential resources for the depository and would enhance the transparency of the insurer which serves a quarter of the population.

Earlier, LIC was used under the guardianship of the government to meet its funding requirements, but now the state would easily make its hold on the institution posterior to the listing in share market. Nirmala Sitharaman declared in her budget speech that if any company gets listed on the stock market, it automatically controls a company, unveils its value and provides access to financial markets. Retail financiers also get a chance to participate in the treasure generated. It would be LIC’s big move among India’s biggest companies in terms of market capitalization if it starts trading on stock exchanges in addition to Reliance Industries, TCS and HDFC Bank. LIC incorporates the asset management of Rs.31 lakh crore in 2019 which might get an assessment of Rs. 8-10 lakh crore.

If LIC sells its 10% stake, the government might yield more than Rs.80,000 crore which would surely support New Delhi achieving a symbolic fragment of its desirable divestment goal of Rs. 2.1 lakh for FY21. If we analyse the last five year data, it would be higher than the total receipts through divestments and is double the current fiscal’s target.

LIC, the world’s topmost insurers among China Life, PingAn and AIG, has become the biggest institutional investor across the nation with substantial stakes in ITC, Axis Bank, State Bank of India and Reliance Industries among others. LIC’s total investment in state, central and other government-guaranteed marketable securities, loans, debentures and equity investments in infrastructure and social sector comes to nearly Rs.20 lakh crores.

Issuing LIC IPO would surely beat the biggest IPO issue of Coal India raised with Rs.15,200 crore in 2010 till date.

Though listing of LIC IPO in the stock market is desperately anticipated, the questions are still cropping up in the brainbox of the mass whether the institution could be prepared for listing and complying with the standards of international investors.

The proposed Initial Public Offering of LIC is the biggest shock among the Union Budget 2020 by Finance Minister Nirmala Sitharaman on February 1st. Since LIC is a state-owned entity and guided by the LIC act 1956, the disinvestment and subsequent IPO has to be approved by the insurance regulator and requires a Parliamentary agreement to implement this proposition.

A market regulator, Securities and Exchange Board of India needs final clearing from all the three sectors – Parliament, LIC Board and the Insurance Regulator.

The BJP-led Narendra Modi government is planning to sell its stake in PSU giant Life Insurance Corporation of India to lift the funds. As LIC is the luminous star, it will be a big challenge to evaluate the LIC IPO. After the listing of LIC on stock markets, the government will be restricted to bring more equity investments into PSUs needing funds.

A question arises whether the Indian share market would be able to absorb such a large public issue or not.

Listing of LIC on stock markets will introduce greater transparency, public participation and intensify the equity market. According to Finance Secretary Rajiv Kumar, the listing is anticipated in the second half of the next financial year.

The major reason of listing this IPO on Indian stock markets is to achieve the FY21 disinvestment goals and access the primary markets which would support the government to intensify the funds required to bridge the gap of fiscal deficit and unfold LIC’s value.

The government presently holds the entire 100 per cent stake in LIC. Assets under management and profits will be the key determinants in the assessment of the 60-year-old company, unlike other private sector players that have been in the market for around 20 years or less.

The India Content website has a huge stock of high-definition images related to LIC IPO sale. The images are obtainable in three sizes – small, medium and large. 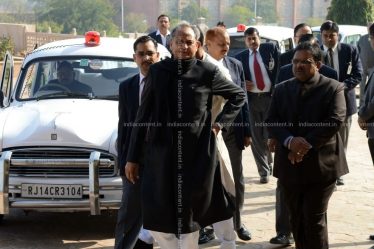