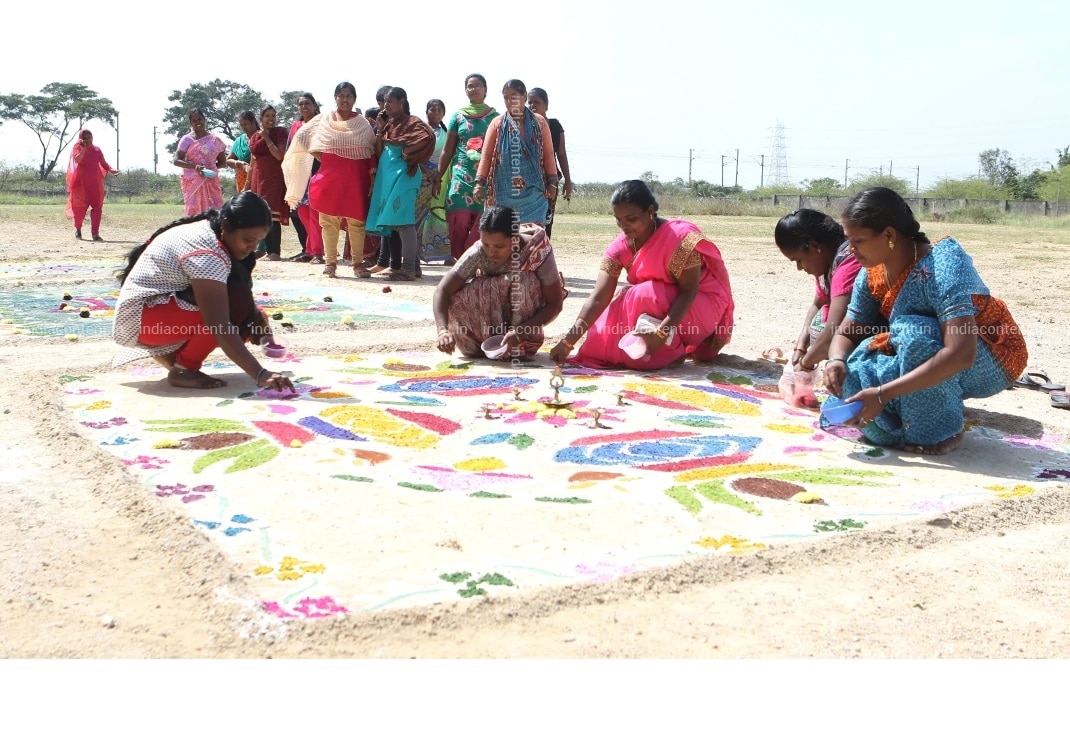 Pongal, which is celebrated in India with great fervour around January 14 every year, marks the start of the Sun’s movement towards the zodiac Capricorn (Makar Rashi).

Pongal is one of the most important festivals of the state of Tamil Nadu. It is the Tamil harvest festival that is celebrated for 4 days in the Tamil month of Thai (January- February), to pay homage to the Sun God for a successful harvest. The festival coincides with ‘Makar Sankranthi’, which is a harvest festival celebrated throughout India.

Pongal also marks the beginning of the Sun’s movement Northward (Uttarayana) and the end of the harvest season. In Tamil, it means ‘to boil’ and people boil the first rice of the season during Pongal festival.

First Day is called Bhogi Pongal which is dedicated to Lord Indra, the God of clouds and rain. Bhogi means ‘the rain God’. The day is worshipped with the hope that the year’s harvest is in abundance and there is prosperity all through the year. The first day is primarily spent at home with cleaning work and removing of old and unused things. A colourful design called ‘kolam’ or ‘rangoli’ is drawn at the entrance of every household mainly using the ground powder made from newly harvested rice and red mud. Many people also use flowers to make kolam.

A special ‘pooja’ is performed using farming tools by the farmers before cutting the first harvest of rice and then this freshly harvested rice is brought home along with sugarcane and turmeric which is used the next day.

In the evening, agricultural wastes, firewood and cow dung are used to light the bonfire. People also throw discarded or useless items into the bonfire while singing and dancing around it. Besides, Lord Vinayaka’s idol is made using cow dung and turmeric. Then pooja is performed by lighting traditional lamps and making offerings to the Lord.

Second Day is called Surya Pongal or Perum which is the first day of the Tamil month ‘Thai’ and the most important day of the celebration. The day is dedicated to the Sun God. People take an early bath and make ‘Rangoli’ or ‘Kolam’ at the entrance of the house. New rice collected a day before is cooked in pots till it overflows. This overflowing of rice while cooking is called ‘Pongal’. People place a wooden plank on the ground and draw the image of Sun God on it and decorate it with beautiful designs. Then Sun God is offered the first portion of the cooked rice, milk and jaggery. The rice is also offered to cows and then distributed among people as ‘prasad’.

The Third Day, which is called Mattu Pongal, is dedicated to Cattle that play an important role in a farmer’s life. Cows give milk while the bull and ox help in ploughing the fields. The cattle are bathed and the horns are decorated with silver or metal caps. They are garlanded and paraded on the roads. People pay obeisance to them as they would to any deity. On this day, Goddess Parvati and her son, Lord Ganesha, are worshipped and Pongal is offered to them.

In some parts of Tamil Nadu like Tiruchirapalli, Madurai and Tanjavur, a bull-taming festival called ‘Jallikattu’ is held. Money bags are tied to the thorns of a malicious bull and anyone who succeeds in saving it takes it as a prize.

Fourth Day, which is known as Kannum Pongal/ Karinaal/Thiruvalluvar Day, is also dedicated to the Sun God. On this day, too, the first portion of the Pongal prepared is offered to the Sun God along with coconut and sugarcane stalks. Sisters pray for the well-being of their brothers by performing ‘aarti’ with turmeric powder, limestone and rice and then sprinkling this water on the kolam design in front of the house. They place rice in the centre of a leaf and pray for the well-being of their brothers.

Most of these symbols are related to agriculture and the Sun. For instance, the symbol of the chariot refers to the Sun chariot. People believe that the Sun God moves around the Earth in his chariot during Pongal festival.

The India Content website has a good stock of images related to Pongal festival. The high-quality images are available in three sizes – small, medium and large. 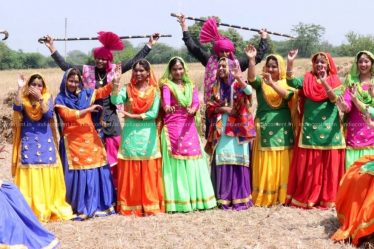