Baisakhi (Vaisakhi), a historical and religious festival of Sikhs and Hindus, is usually celebrated on 13 or 14 April every year. It celebrates the beginning of the month of Vaisakha.

We hope this annual historical and religious jollity brings cheer, love and prosperity in everyone’s life!

Why is Baisakhi Celebrated?

Baisakhi is universally celebrated with great exuberance and warmth in the northern state of the geographical regions like Punjab and Haryana. Peasants are cock-a-hoop on this gala day as this day marks the spring harvest festival in Punjab and other parts of India. They express their gratitude to God for the profuse harvest which is the sign of prosperity and pray for the wealthy year ahead.

Baisakhi earmarks the emergence of the Khalsa Panth, under the influence of Guru Gobind Singhji in 1699. Thus, this day is also acknowledged as Khalsa Sirjana Divas and Khalsa Sajna Divas.

According to Hindu Vikram Samvat calendar, Hindus call this day as ‘Vaisakha Sankranti’. This festival concurs with other New Year festivals on the first day of Vaisakh in the other regions of the Indian subcontinent like the Pohela Boishakh, Bohag Bihu, Vishu, Puthandu among others.

Baisakhi also marks the outset of New Solar Year according to Hindu credence. This festivity is predominantly commemorated across the world in countries including Canada, Malaysia, USA, Pakistan and the UK by Hindus and Sikhs both.

Heterogeneity is the stamp of authenticity in Indian culture and merrymaking. In the social culture of India, people belonging to distinct religions commemorate their festivals in diverse ways. Punjab has a thriving culture that observes the festival with ‘balle balle’, ‘tusi’, ‘asi’, ‘butter chicken’, ‘lassi’ and wheat cultivation.

Hindus celebrates this festivity with great zest and enthusiasm. They believe that Goddess Ganga was derived on Earth on this day. Thus, the worshippers congregate together on the banks of the Ganga to take a holy dip to privilege the holy river Ganga. Several people take bath in other sacred rivers like Jhelum and Kaveri, visit temples and meet their friends. On the other hand, farmers in Punjab harvest their rabi crops on this auspicious day. It is also presumed that the Khalsa Sikh order was grounded on Baisakhi.

Although the Mughal emperor Aurangzeb’s motive was to propagate the air of Islam in India, he was doomed when Guru Tegh Bahadurji turned down to get transformed into Islam and battled for the rights of Hindus and Sikhs. Then Mughal ruler persecuted and decapitated him publicly. This led the investiture of the Tenth Sikh Guru, Guru Gobind Singhji who gave birth to Panth Khalsa by christening Sikh combatants to safeguard religious freedom in 1699.

During the Baisakhi festival, Guru Gobind Singhji the 10th Sikh Guru came out of his tent and invited five Sikhs from a gathering of thousands to step forward to give their heads if they wished to give their lives in fighting oppression and upholding righteousness. Initially, the Guru returned alone with his sword covered in blood. Then, he desired another volunteer and copied a similar action until five men vanished into the tent. The mass was highly distressed until they saw five men return unscathed and wearing turbans with the Guru. These five men given a collective name Panj Pyaare or Beloved Five were purified into the Khalsa by the Guru. Guru sprinkled Amrit on them which is the Sikh word for holy water and read prayers. This is how the first Khalsa was initiated.

Since then, many processions known as Nagar Kirtan take place every year and is preceded by five Khalsas, dressed as Panj Pyaare elapse by the streets in the midnight hours.

People marching along with Panj Pyaare sing, make music, sing hymns from the Sikh texts and the big processions carry a copy of the Guru Granth Sahib in place of honour. On this day, numerous worshippers visit the neighbourhood Gurudwaras to participate in the special prayer meet marked for this day. Post ardas of kirtans and rhetorics, Kada Prasad is distributed among the devotees present there. Later, people sit in tier and langar is served by the kar sevaks and volunteers among them.

‘The term Khalsa applies to initiated men and women equally’.

Ranjit Singh was demonstrated as the Maharaja of the Sikh Empire on 12th April 1801 which corresponds with Vaisakhi and he formulated a consolidated political state. Sahib Singh Bedi, a scion of Guru Nanak Dev, administered the investiture ceremony. On this holy day, exceptional ceremonies are held at two places – at Talwandi Sabo in the Gurudwara at Anandpur Sahib the native land of Khalsa and at the Golden Temple in Amritsar. Talwandi Sabo is the place where Guru Gobind Singhji resided for nine months and concluded the reassemblage of the Guru Granth Sahib.

On this special day of Vaisakhi, Jallianwala Bagh slaughter was emanated by colonial British Empire officials and this was the significant event to the Indian movement against dominion. Usually, Gurudwaras are embellished on this day and several kirtans, community fairs and Nagar kirtan processions take place. Sikhs majorly participate in these gatherings and relish the festive foods.

Here is the list of the New Year festivals according to regional divergence:

· Bikhu or Bikhauti in the Kumaon region of Uttarakhand, India

On the day of Baisakhi, the mass uses various ways to express their feelings. They use various platforms like Facebook, Whatsapp, SMS, Whatsapp Status, Twitter, Instagram, etc. to wish the holy festival to their near and dear ones and recall their ancestor’s sacrifices. When this festival of hope is around the corner, everybody gets engaged in welcoming the New Year in their special ways. Here are some of the wishes which you can use to cheer up the other person’s day:

The India Content Website has a huge stock of high-definition images related to Baisakhi. The images are available in three sizes – small, medium and large. 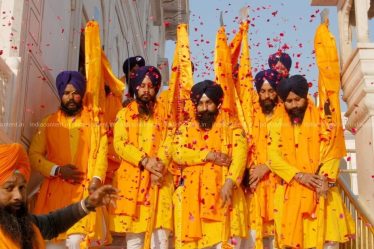 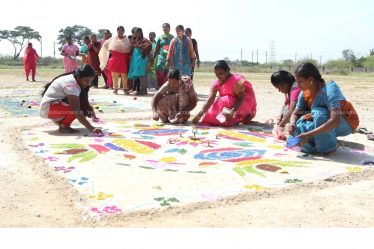