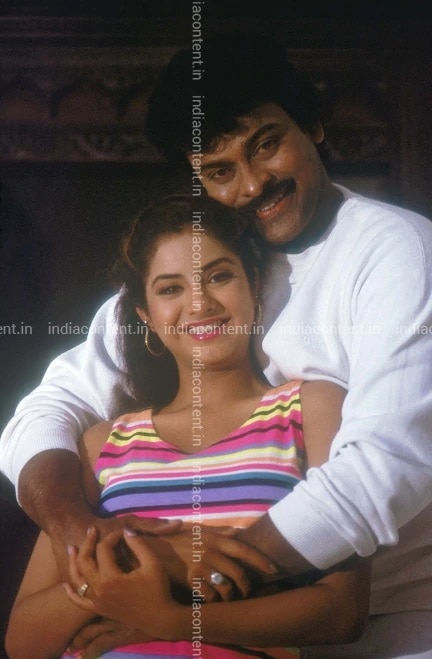 The 46th birth anniversary of Divya Bharti, the young and renowned actress of early 1990, was on 25th February this year. She was one of the most popular and highest-paid actresses of her time and was known for her acting versatility, vivacity and beauty.

Divya Bharti was born in Mumbai to Om Prakash Bharti, an insurance officer and Meera Bharti. She had a younger brother, Kunal and a half-sister Poonam who was the daughter of her father and his ex-wife. She was fluent in Hindi, English and Marathi languages and she appeared in 21 films of Hindi, Telugu and Tamil languages. She was loved by people for her bubbly personality and doll-like looks.

Bharti did her schooling at Maneckji Cooper High School in Juhu, Mumbai. She was passionate about becoming an actor from her childhood and started working as a model from the age of 14. Bharti who was an average student who left school after completing 9th standard and went on for pursuing her career in acting. Divya was born into a Hindu family and she adopted Islam after marriage. On 10th May 1992, when she was 18, she married Sajid Nadiadwala, a producer and director.

After doing several unsuccessful modelling projects, she made her acting debut in the Telugu film ‘Bobbili Raja’ and later appeared in several top-grossing films in Telugu. She became one of the most popular faces of Telugu cinema and received the superstar title at the age of 15. In 1992, Bharti made her Bollywood debut with Rajiv Rai’s 1992 action thriller film ‘Vishwatma’ cast along with Sunny Deol. The film turned out to be a Super Hit at the box office and Bharti got acclaimed among the wider public as well as film critics. Bharti’s next appeared in Lawrence D’Souza’s romantic drama ‘Dil Ka Kya Kasoor’ along Prithvi which was not a box office hit but the songs were popular. In an article that got published about her in the Stardust magazine after the failure of the film ‘Dil Ka Kya Kasoor’, she was quoted with the statement “I wanted to prove myself. But I’ve fallen flat on my face. Now, I have to begin my climb all over again. Yet, I’m positive that one day, success will be mine.”

It was in March 1992, that her third Bollywood film, David Dhawan’s romantic action drama Shola Aur Shabnam was released. The film was popular among the critics and received a box office hit all over India. The film was Divya’s first major hit in Bollywood. Her next film Raj Kanwar’s Filmfare award-winning ‘Deewana’ was one of the biggest blockbusters of the year. She won the ‘Lux Face of the Year’ title. Critics regarded that Divya belonged to a new breed in the Bollywood industry who broke away the existing character stereotypes. Divya had many other releases that year, including Anand’s family film ‘Jaan Se Pyaara’, Partho Ghosh’s Geet, Deepak Anand’s ‘Balwaan’ which was Sunil Shetty’s debut film. She decided to act in one Telugu film every year to engage her Telugu fans. She made her comeback in Telugu industry with the film ‘Chittamma Mogudu’ released at the end of 1992. J.P. Dutta’s ensemble film ‘Kshatriya’ in 1993 cast along with Sunny Deol, Sanjay Dutt and Raveena Tandon was the last film that released during her lifetime.

Divya’s unexpected death on April 5, 1993, left several film projects in Bollywood unfinished. She was halfway through the filming of Raj Kanwar’s ‘Laadla’, which was reshot with Sridevi replacing her. She was replaced in several other films that had not been completed such as Mohra, Kartavya, Vijaypath, Dilwale and Andolan. Talat Jani’s ‘Rang’ and Aziz Sejawal’s ‘Shatranj’ were the two films that Divya completed filming and it was released posthumously several months later and achieved moderate success at the box office.

She spent the last few hours of her life on the balcony of her apartment on the fifth floor. She fell from the balcony window on April 5, 1993. The cause of death was a head injury. She was just back from the shoot location in Chennai on the day of her death. Divya was about to attend another shoot but postponed it. Neeta Lulla, the costume designer called her and came to her home for discussing costume for her upcoming film, Andolan. Designer Neetu and her husband Shyam Lulla who is a psychiatrist was at Divya’s home at the time of the death. The three of them consumed alcohol together and Divya was high on liquor before she died.

It is assumed that Divya could have faced her back towards the family room and reached the tight ledge beneath the window when no one was watching. She would have turned around to hold the window but have slipped and fell. The whole incident could have happened in just three minutes, and when neighbours gathered after hearing the crash, Divya was seen lying in blood. It was reported that she was alive at that time but during her way to the hospital, her heartbeat started falling quickly.

The India Content website has a good stock of images related to Divya Bharti. The high-definition images are available in three sizes – small, medium and large.