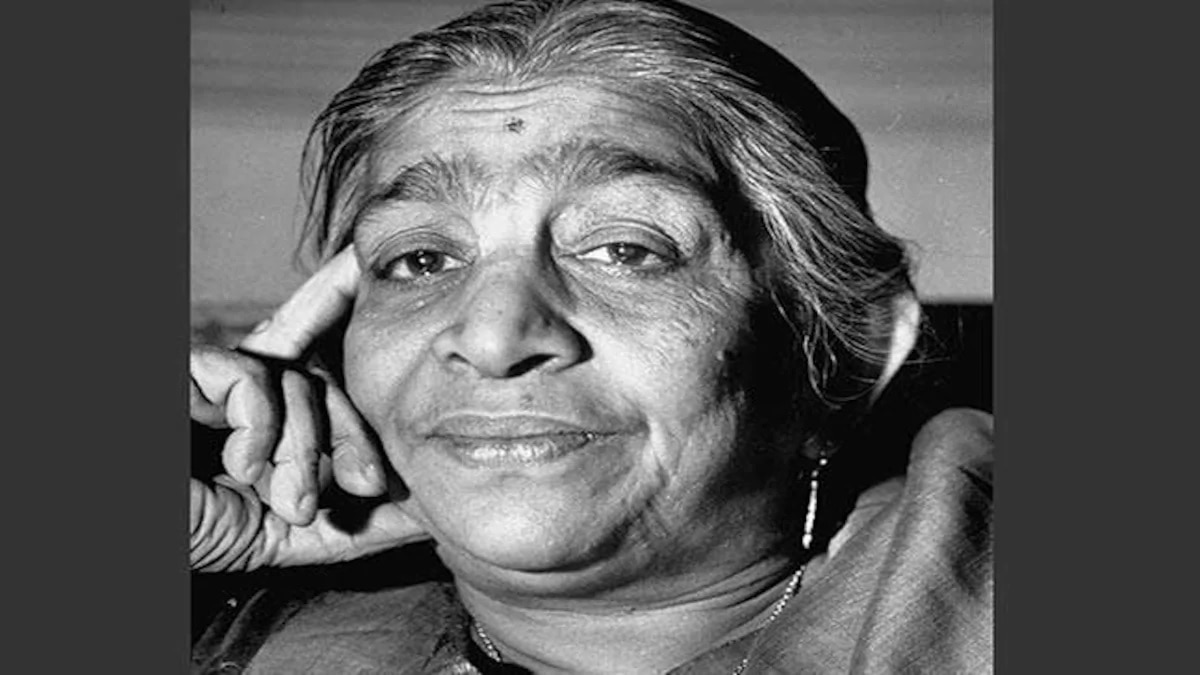 The nation remembers Sarojini Naidu—the Nightingale of India on February 13 every year for her exemplary contribution towards feminism.

Sarojini Naidu, a prolific poetess known as the ‘Nightingale of India’, played a vital role in India’s Struggle for Independence from British rule. She was a strong expounder of women liberation, civil rights and anti-imperialistic ideas.

Sarojini was born on 13th February, 1879 in a Bengali family in Hyderabad. Hailing from Brahmangaon in Bikrampur(presently known as Bangladesh), she was born to father Aghorenath Chattopadhyay who was the principal and founder of the Nizam’s college, Hyderabad and mother Barada Sundari Devi Chattopadhyay who was a Bengali poetess. Sarojini developed her interest in writing poetry and plays at a very tender age of 12 years and entered in the University of Madras for matriculation examination. In 1895, Nizam, Mahbub Ali Khan who established the Nizam’s Charitable Trust was fascinated by her poetry and gave her an opportunity to study at King’s College, London and later at Girton College, Cambridge. There, she got to know distinguished laureates of her time like Arthur Simon and Edmond Gausse who persuaded Sarojini to adhere to the Indian scenarios – India’s great mountains, rivers, temples, social ambience to assert her poetry.

She was the eldest daughter of Aghorenath Chattopadhyay among the eight siblings. One of her brothers was an insurrectionary and another was a dramatist, an actor and a poet. Her family was cherished in Hyderabad due to their aspiring values being pursued even under the British rule.

Naidu was smitten with a non-brahmin Govindarajulu Naidu at the age of 15 and exchanged the conjugal vows after finishing her studies at the age of 19 years. Although it was an inter-caste marriage and was not at all supported in India at that time, her father with his broad-minded approach supported her daughter in this revolutionary step against society. She led a happy married life and the couple was blessed with four children Jayasurya, Padmaj, Randheer and Leilamani.

On 2nd March, 1949, Sarojini Naidu lost her life due to cardiac arrest.

The distinguished freedom fighter, poet and one of the great orators Sarojini’s life was full of struggles. She acted as a feminist during her studies in England. Having been elected as the first Indian Woman President of Indian National Congress, she administered its 1925 Annual session at Cawnpore (presently known as Kanpur). After attaining India’s freedom from colonial regime, she became the first female state governor of Uttar Pradesh in the Indian history. She also supervised East African Indian Congress 1929 session in South Africa.

Following the division of Bengal in 1905, Sarojini Naidu united in the Indian independence movement. She happened to come across various leaderships like Gopal Krishna Gokhale, Rabindranath Tagore and Mahatma Gandhi which aroused her interest in the struggle for India’s independence. She fought for the women’s freedom in India and brought them out of the kitchen. She awakened the Indian females and reintroduced dignity in them. She travelled from state to state from 1915 to 1918 and dispensed talks for the rights of the Indian women, social welfare and nationalism. In 1917, she set up the Women’s Indian Association.

Naidu supported the 1930 Salt March for which she along with the other leaderships including Mahatma Gandhi, Jawaharlal Nehru and Madan Mohan Malaviya was detained by the Police. In 1931, she had taken part in Round Table Summit along with Mahatma Gandhi. During the Civil Disobedience Movement and Quit India Movement led by Gandhiji, she was apprehended several times by British authorities and once spent 21 months in jail in 1942. Due to her warm relationship with Gandhiji, she used to address him as Mickey Mouse.

Having proficiency in five languages including Urdu, Telugu, English, Bengali and Persian, she instigated her career with English poems. Her play Maher Muneer, composed in Persian attracted the Nawab of Hyderabad. Her first collection of poems named ‘The Golden Threshold’ was published in 1905 which was introduced by Arthur Symons and was cherished by the prominent Indian politicians. Following the path of success, she published two collections of books named ‘The Bird of Time’ and ‘The Broken Wing’ in 1912. In ‘The Bird of Time’, the poem ‘In the Bazaars of Hyderabad’ was applauded by critics. ‘The Feather of The Dawn’ poems were composed by Naidu in 1927 and were edited and published posthumously by her daughter Padmaja Naidu in 1961. Muhammad Jinnah: An Ambassador of Unity (1916), The Sceptred Flute (1928), Feast of Youth (1918), and The Indian Weavers (1971) were among the treasures of her collections.

‘The Golden Threshold’, the residence of Naidu’s father named after Naidu’s first collection of poetry has now been transformed into Sarojini Naidu School of Arts & Communication of University of Hyderabad. Earlier, this house was the centre of various liberal ideas in Hyderabad in the areas like marriage, education, women’s empowerment, literature and nationalism. Gradually, these developing ideas in the forthcoming era brought change in India.

Eleanor Helin unearthed an asteroid 5647 Sarojininaidu at Palomar observatory in 1990 which was named in her memory. British Government bestowed her with Kaisar-i-Hind Medal for her work during plague epidemic in India.

The India Content website has a good stock of images related to Sarojini Naidu. The pictures are available in three sizes – small, medium and large.