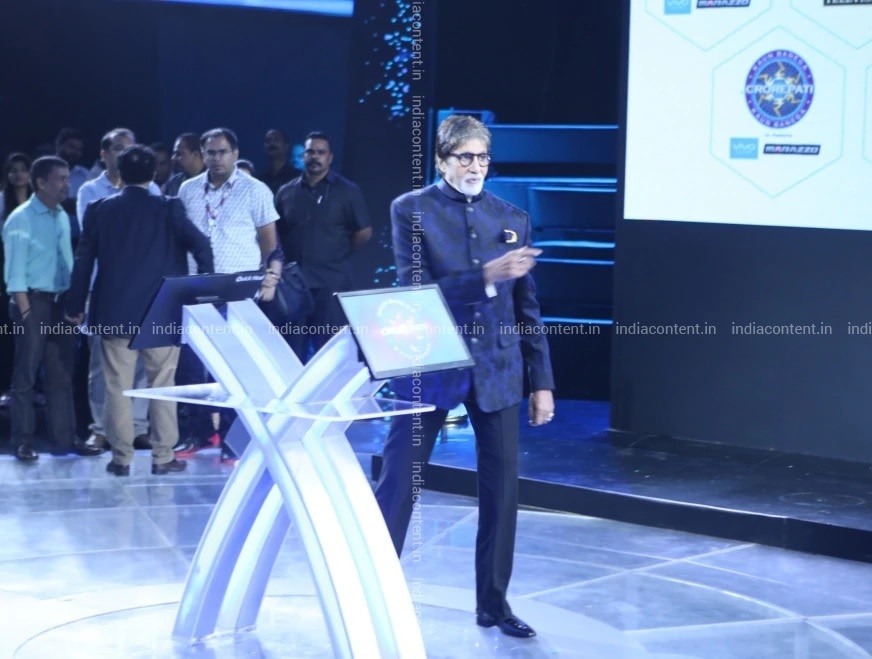 Kaun Banega Crorepati whose English translation is - Who is going to be the millionaire?- which is very plainly known as KBC is an Indian television game show based on the British programme whose name is — Who Wants to Be a Millionaire?—ever since its inception is originally aired on star plus for the first 3 seasons that started from 2000 to 2007 and was commissioned by the programming team of Sameer Nair. Ever since 2010, it has been airing on Sony TV and the show is produced by Big Synergy.

Amitabh Bachchan hosted show Kaun Banega Crorepati Season 11and eventually got its third crorepati in Wednesday’s episode. Bihar’s Gautam Kumar Jha was a rollover contestant who won Rs 40,000 while playing a marvelous game in Tuesday’s episode. In Wednesday’s episode the tune remained the same and he continued his journey on the hot seat.Kaun Banega Crorepati 11 had a vibrant start. The show undoubtedly had a rocking start as it made a smashing debut on the ratings chart. In its following week, KBC 11 was one among the top five most-watched shows on Indian television industry. We must understand that this week will be quite historic for the game show, as the interesting part is that the viewers will get to see two contestants attempting Rs 1 crore questions.

The episode shall soon be aired on Sony TV. The sneak peek for the same was very recently shared and broadcasted on Sony TV’s social media pages. Sanoj Raj hails from Bihar’s rural area place Jehanabad. His father is a farmer and he constanty aspires him to be an IAS officer.

And to add on this it’s actually not the first time someone from Bihar will be attempting the jackpot question. Let us be reminded that Motihari’s Sushil Kumar won Rs 5 crore in 2011.

After confirming the winner of Fastest Finger First, they would join the host in the -Hot Seat- to start answering a series of multiple-choice questions on their way to win the top most cash prize as mentioned in the table below. Along this way, the contestant is at any time free to walk away from the game with their winnings but if they got a question wrong, they would walk away with absolutely nothing unless they correctly answered a milestone question -highlighted in yellow- that would guarantee some winnings.

To help them along the journey, much like its counterparts it has been seen that the contestant had a set of lifelines available for them to use. Which lifelines were available were completely dependent on the format being used.

Audience Poll -Ask The Audience– The studio audience would dial into a keypad what they as per their idea believed was the correct answer to the question. The results of the poll are shown or displayed to the contestant.

50:50— The computer would remove two wrong answers from the game leaving the contestant with choosing one right and one wrong answer.

Flip The Question -Switch The Question– The current question would be thrown-out and at the same time would be replaced with a new question. Any lifelines spent on the original question remained spent. It was completely introduced in the beginning of the 2nd season; it was removed after the 3rd season and at the same time reinstated for the 7th & 11th season accordingly.

Double Dip— As featured on the US -Super Millionaire-, this granted the contestant to basically answer two chances to answer the question. However, invoking this lifeline removed the ability to walk away entirely from the question. The contestant must answer twice with no further usage of the lifelines. -They are advised at this point of time to use any life line before invoking Double Dip but not during the resolution of the lifeline–. In the event of any game the timer would stop after the first guess only. And after that if the first guess went wrong the timer resumed counting down. If the contestant did not make their second guess before the time limit or if in any case went wrong, the contestant would walk away from the game with the entirely the lower threshold amount- if any-.

Expert Advice -Ask the Expert— In season 4 it was seen that the -Expert Advice- lifeline was added to the pool of lifelines available. The producers would invite certain general knowledge experts due to any reason to come to the studio to aid the contestant. This lifeline was restored for season 10 in the year 2018.

Gautam Kumar Jha the young clad who hails from Bihar has been staying with his wife in West Bengal’s Adra for almost two years due to job transfer. He is professionally a senior section engineer in the Indian Railways.

Gautam who basically couldn’t manage to win the grand prize of Rs 7 crore. He quit the game as he was unsure about the answer of the very last question.

If you are looking for KBC 2019 pics then you must check the India Content website. You will find good quality images on the website. The pictures are available in three sizes—small, medium and large.