The 38th GST Council meeting was held on Wednesday, 18 December 2019 in New Delhi. It was chaired by Union FM Nirmala Sitharaman who said that no direct or indirect suggestions regarding rate hike or rate cut were proposed during the GST Council meeting.

Despite pressure to boost revenues amidst a shortfall, the GST Council decided not to meddle with the rates. It was decided to extend the annual date of GSTR 9 filing to January 31, 2020, and waive the late fee for all taxpayers who have not filed GSTR1 from July 2017 to November 2019.

The GST Council meeting was attended by Minister of State for Finance and Corporate Affairs Anurag Thakur and finance ministers of states and union territories. Senior officers from the Union government and states were also part of the meeting.

According to the non-BJP states, the Centre may be headed for a sovereign default as it has refused to assure them of paying the GST dues on time which were guaranteed to them through a Constitutional amendment.

Tamil Nadu Deputy Chief Minister O Panneerselvam said that the Centre should abide by its constitutional responsibility to provide GST compensation dues to state governments in full for five years.

M S Mani, Partner, Deloitte India, said it is good to see that the rates have not been changed as frequent modifications cause trouble in businesses.

Chhattisgarh Minister T S Singhdeo said that GST rate change proposals were unlikely to be discussed at the meeting. Before any tax rate changes, revenue realisation should be optimised at existing tax rates by addressing areas of revenue leakage.

The GST Council also rationalised tax rate on woven and non-woven bags to 18%. Sitharaman said that exemption has been given on long-term lease for industrial plots to facilitate the development of industrial parks.

Every attempt was made to keep the tradition alive but eventually, the council was reminded that tradition was not part of the rulebook. It was not imposed by the council but on a request from a member-Finance Minister Nirmala Sitharaman on deviating from tradition of not voting in council.

Levy of penalty relaxed for non-filing of GSTR-1 from July 2017: Revenue Secretary after GST Council meeting.

The GST Council is seeking ways to plug revenue leakage, improving the efficiency of the GST system using technology and examine specific steps to augment revenue.

The GST Council had earlier asked the state governments about their views on reviewing rates and ways to increase tax proceeds.

Head of Research at Geojit Financial Services Vinod Nair said that investors were watching the on-going GST council meet, a rate hike is looking unlikely due to a surge in inflation while the focus would be more on revenue realisation.

This is the first time since the launch of the new overarching indirect tax that the council has taken a decision through the voting method. During the voting, 21 states voted in favour of a uniform rate.

The finance ministry also told the state governments that this is not the right time for a GST rate hike.

The India Content website has a good stock of images related to the GST Council meeting. The high-quality pictures on the website are available in three sizes-small, medium and large. 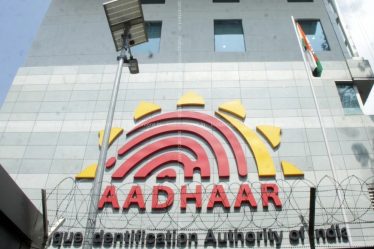 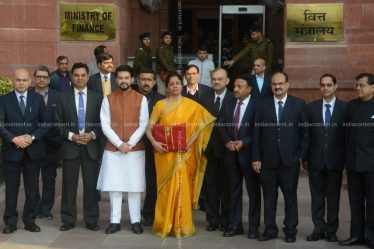